British blind and deaf man vows to travel the world 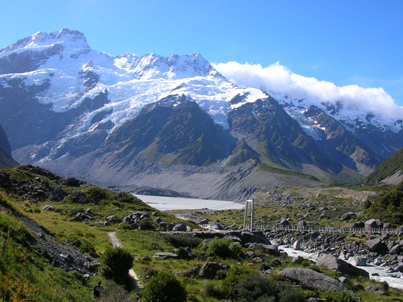 A blind and deaf adventure seeker from Weston-super-Mare has vowed to travel the world. He’s intent on visiting every single country at least once. Tony Giles was born with a rare eye condition, making him totally blind. Tony is also 80% deaf. In spite of his disabilities, he is determined to travel the world, making him an inspiration to blind and deaf people everywhere.

Tony commented on how he refuses to let his disabilities get in the way of his goals: "Disability I believe is in the mind, it is mind over matter. Disabled people, in particular blind people, can do and achieve anything they set their mind to. It’s about having a goal, becoming confident and going out there and accomplishing it."

Tony’s love of backpacking developed when he was at university, and in 2000, he got the chance to travel to the USA. He has also visited Australia, New Zealand, Vietnam and Thailand. So far he has travelled to 54 countries so he’s well on his way to fulfill his ambition to travel the world.

Because Tony is blind and deaf, he has to rely on his other senses to experience the world around him, such as his sense of touch, taste and smell. He also experiences the world through thrill-seeking activities, which are just as terrifying and exciting for a blind and deaf person as they would be for anyone else. He has been skydiving in Australia, bungee jumping in New Zealand and he’s hiked the Rocky Mountains.

Tony invites readers to travel the world with him in his first book entitled Seeing the World My Way, which brings his adventures in North America, Asia and Australasia to life. He’s currently working on a sequel.