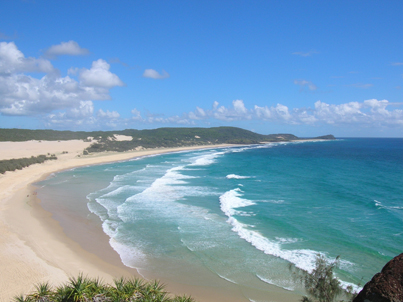 The Hermanus Whale Festival began today in South Africa, and will run until 28 September. The annual festival celebrates the return of the southern right whales that congregate around Walker Bay in South Africa, where they rise from the water creating spectacular displays. The Hermanus Whale Festival supports the protection of these amazing marine mammals.

As well as a bit of wildlife spotting, the whale festival will be hosting many other activities, such as music, crafts and sporting events.

There’ll be music in the village square, and plenty of activities to keep children occupied. Cheer on the runners at the Whale Half Marathon, and see a range of classic cars at the Whales and Wheels Vintage Car Show. Or you might want to relax in the food and drinks garden with entertainment from the music marquee.

The Hermanus Whale Festival is a great opportunity to view southern right whales and learn more about them. The festival has been running since 1993, and every year it attracts thousands of wildlife lovers.

Southern right whales aren’t just around to view for one week of the year though. They can be seen at various times on the Western Cape between August and November, when they migrate along the coast.