Vitamin B could delay the onset of Alzheimer's 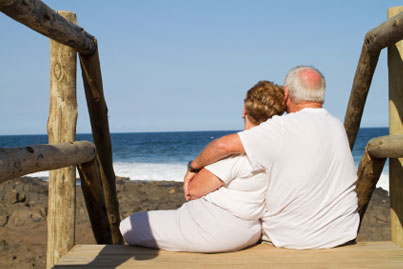 New research that has been published in the Public Library of Science One journal suggests that vitamin B could halve brain shrinkage in elderly people that are displaying signs of mental decline. Brain shrinkage is one of the key symptoms that can lead to Alzheimer’s.

Professor David Smith, author of the study, was surprised by the results of the test. He said: ‘It’s a bigger effect than anyone could have predicted, and it’s telling us something biological. These vitamins are doing something to the brain structure - they’re protecting it, and that’s very important because we need to protect the brain to prevent Alzheimer’s.’

The Alzheimer’s Research Trust is also pleased by the results and is calling for more research to be carried out. Alzheimer’s can quickly develop in people that have mental decline, which is known as Mild Cognitive Impairment (MCI). Around 1 in 6 people over the age of 70 have MCI, and half of those people develop a form of dementia, usually Alzheimer’s.

There are around 1.5 million elderly people in the UK that suffer mild memory problems. If further trials demonstrate that vitamin B could be used to prevent Alzheimer’s, it could be a simple and safe method for preventing the condition.

Mr Smith advised that though the study is promising, the elderly needn’t seek out vitamin B as a form of treatment just yet. He said: ‘These are immensely promising results but we do need to do more trials to conclude whether these particular B vitamins can slow or prevent development of Alzheimer’s. So I wouldn’t yet recommend that anyone getting a bit older and beginning to be worried about memory lapses should rush out and buy vitamin B supplements without seeing a doctor.’