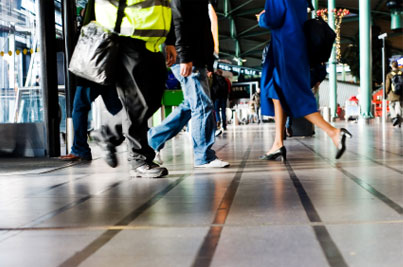 There are now airport body scanners at around 60 American airports, but some travellers refuse to use them as they feel they are invasive, particularly for people that have prostheses hidden beneath their clothing.

To avoid airport body scanners, air travellers can opt for a full body pat down, but these airport security measures are equally invasive.

In addition to the privacy concerns, some travellers also worry how the radiation produced by airport body scanners might affect them, but experts have assured that the radiation is too low to be a real threat to people’s health.

Airport body scanners can save time, and if people opt for pat downs it can hold up the queue at security considerably.

The US airport security agency is monitoring travellers’ concerns and weighing up people’s privacy with what they believe to be essential security measures.

John Pistole, the head of Transportation Security Administration said there won’t be any immediate changes to the US airport security measures, but they hope to start "looking at less invasive ways of doing the same type of screening".

There have already been a number of complaints about the use of airport body scanners and full body pat downs. But how necessary are these airport security measures? President Barrack Obama said the main focus is "to ensure that when you or I or others get on to an airplane, that we can feel reasonably sure that we can travel safely".

Officials are concerned that travellers protesting against airport body scanners could disrupt people travelling for Thanksgiving on Thursday. American airports are often busy around the Thanksgiving holiday.

Though there have been complaints, many Americans agree with the use of airport body scanners as an effective way of seeing beneath travellers’ clothing and thus preventing further terrorist attacks on flights.