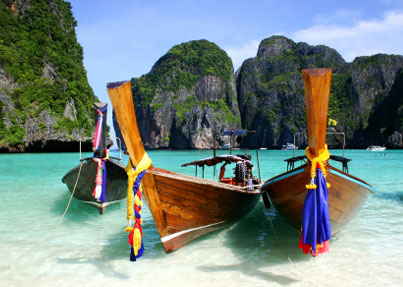 Thailand has been a popular destination for Brits for countless years. Stunning beaches, a hot climate, golden temples and a fascinating culture makes Thailand the perfect place for those with an explorative heart. A trip to Thailand can grip your imagination and relax you all at the same time.

Tourism in Thailand has dropped considerably due to the recent political unrest in Bangkok. But now that the situation is under control, can Thailand’s tourist industry get back on its feet?

It’s estimated that the number of tourists visiting Thailand this year will be 3 million less than anticipated. Thailand lost around £2.5 billion in tourist revenue during the political unrest in Bangkok.

88 people died in the riots in Bangkok and nearly 2,000 were injured as the Red Shirts protested against parliament and refused to give in to military demands.

In May, holidays to Phuket were down by 12%, while hotel occupancy in Chiang Mai was down by 10%.

The Ministry of Tourism is offering free travel insurance for foreign visitors and they will continue to waive their visa fee until 31 March 2011. It is hoped that these steps will encourage more visitors to take a trip to Thailand.

For the moment, Thailand will focus on reeling in short-haul travellers from Japan and China before turning to the global market.

As long as the political unrest remains stable over the coming months, tourism in Thailand should see a boost in visitor numbers. The Foreign Office is still advising against all but essential travel to Bangkok.

Red Shirt leaders have been arrested and their camp has been conquered, but many fear that Thailand hasn’t seen the last of the political dispute.