How to beat the crowds on Croatia's Dalmatian Coast 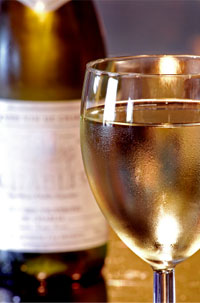 Croatia has continued to grow in popularity as a holiday destination for Brits. Pine-fringed beaches give way to striking rocky coves, while the terracotta tiled buildings and cobbled streets are pleasing to the eye. The main tourist resorts on the Dalmatian Coast are located to the south, but head north to Zadar if you are after a more relaxing break that’s not so touristy.

Zadar is located further up the Dalmatian Coast, and it’s an area that remains relatively undiscovered. Zadar is rich in architectural delights and it boasts numerous churches, the most famous of which is the Church of St Donat that was built in the ninth century.

The old town of Zadar is on a peninsula that’s surrounded by medieval walls, where narrow streets are begging to be explored. The Square of Five Wells is a pleasant place to stop for a while, and there are plenty of quaint cafes to enjoy. Zadar’s Sea Organ is an intriguing highlight — the ‘musical instrument’ plays notes using the rise and fall of the waves.

From Zadar’s harbour, you can go island hopping around the nearby archipelago, where you could be rewarded with stunning deserted beaches. There are around 200 islands and islets in the archipelago, most of which are uninhabited.

Accommodation in Zadar consists mainly of three and four star hotels and private apartments. The only hotel in Zadar’s old town is the Hotel Bastion, which was built on the remains of a medieval fortress. The hotel has its own restaurant and wellness centre and many of the old town’s attractions are just a stone’s throw away.

Zadar is a great place to enjoy wining and dining, with many restaurants and bars offering food from around the world. If you want to go shopping in Zadar, you can pick up handmade lace, woven textiles, paintings and ceramics.

Zadar benefits from its own airport, and Ryanair offers return flights from around £100. Zadar Airport is located just 11km from Zadar town centre.