Holiday in Paphos - the perfect destination for older travellers 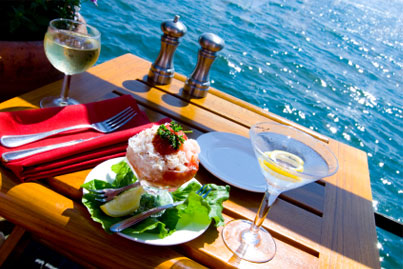 With its excellent choice of accommodation, delightful tavernas and fascinating history, Paphos, on the west coast of Cyprus, could be the ideal destination for older travellers. There is so much on offer, whether you are searching for authentic culture or a relaxing holiday by the sea. Cyprus is the ideal island for sun lovers, as it is the hottest, driest island in the Mediterranean.

Paphos is steeped in culture, where ancient monuments and landmarks are found in abundance. The Acropolis is an ancient amphitheatre which plays host to regular live performances. Paphos castle is located across an arched bridge near the harbour, and the views from the top are spectacular, while Paphos’s mosaic marble floors depicting scenes from Greek mythology cover a massive 5,000 square feet.

Paphos is the birthplace of the mythological goddess Aphrodite. Check out Aphrodite’s rock, situated on one of the most beautiful beaches in the area, which marks the spot where the goddess emerged from the sea, or visit the Baths of Aphrodite where the deity used to bathe.

Dating back to 300 BC, the Tomb of the Kings is a sight not to be missed. The tombs are actually the burial ground of aristocrats rather than kings, but they are magnificent nonetheless. Sunken courtyards carved from the surrounding rock are lined with Doric columns, providing welcome shade on a hot day.

Paphos harbour is packed with tavernas serving tasty bites. The harbour is also the perfect place for a stroll and you can take a trip on a glass-bottomed boat, which offers a fascinating insight into the marine life beneath the waves.

The coastline around Paphos is beautiful. Clear waters allow for excellent bathing, and fresh fish is served in the local restaurants daily. The restaurants in Paphos serve delicious, traditional meals in addition to Italian, Lebanese and Chinese fare.

During your holiday in Paphos, it’s worth taking a coach tour of the Troodos Mountains, which is bursting with churches, monasteries and quaint villages.

Paphos residents are friendly fellows, who are fluent in English. They welcome visitors with open arms whilst maintaining their sense of Cypriot culture.

If you are planning a holiday in Paphos, make sure you buy comprehensive travel insurance. Goodtogoinsurance.com offers single trip policies for travellers of any age, with or without pre existing medical conditions.