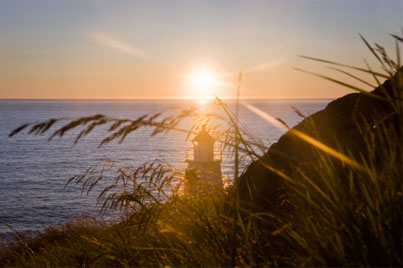 The devastating oil spill in the Gulf of Mexico is continuing to spread, and it’s now started washing up on the shores of the Chandeleur islands off the coast of Louisiana. Pelicans that inhabit the island have been found covered in oil and endangered birds are also under threat.

Freemason Island was the first to be hit on the archipelago. Emergency teams were sent to the island to disperse inflatable boons to try to contain the oil.

Oil has been chugging out of a well in the Gulf of Mexico for 18 days. An operation to contain the oil spill using remote-controlled submarines is underway. A giant containment funnel will be lowered over the leak, but it’s a risky business. At 90 tonnes, the funnel could damage the well, doing more harm than good. Funnels of its kind have never been used at such depths, so it’s uncertain how the pressure will affect the device.

The spill is having a negative effect on Florida tourism, even though Florida’s coastline has not yet been hit. Though the oil is still 50 miles away, its course is uncertain.

People have already started cancelling their holidays to Florida, and local businesses are frustrated by the bad, and often false, publicity Florida has been receiving due to the oil disaster. As yet there is no sign of oil on Florida’s clear white sand beaches.

Leisure companies in Florida have had booking cancellations and they’ve even had to cut down staff hours to deal with the losses.

Hoteliers in Panama City Beach have been forced to relax their cancellation policy in order to keep bookings coming in. Tourists want the option to cancel their holiday at the last minute if they need to.

Visit Florida is updating their website regularly to alert tourists about potential beach closures. Florida boasts 663 miles of beaches, and so far none of them have been affected by the oil spill.

If you have a holiday booked in Florida and you’re worried about the oil spill affecting your trip, find out before you leave if any beaches have been closed. Contact your travel insurance provider to find out about cancelling or reschedule your holiday due to the oil spill.