FCO advises Britons to be wary of travelling to Russia 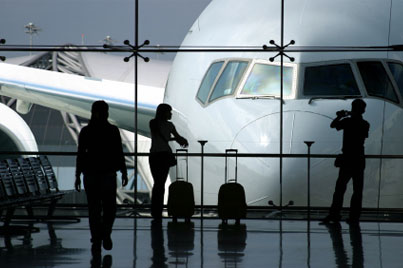 Russia has been gripped by a devastating heat wave since the middle of June and temperatures have soared to 38°C at times. The intense heat has resulted in over 30,000 raging wildfires over the last two months and some of the resulting smoke clouds have been visible from space. While firemen tackle the blazes, more fires ignite elsewhere, creating a seemingly never ending sea of fire.

The wildfires have resulted in heavy smog that lingers in the air like a diseased fog. Moscow has been badly affected by the smog, and the Kremlin and St Basil’s Cathedral have been cloaked in a thick haze for days. Streets that are normally busy with traffic have quietened as poor visibility makes driving dangerous. Some residents try to put up with the smog in whatever way they can, while others have been leaving their homes in desperation. On Sunday, a record number of air passengers for 2010 flew out of the city. People residing in Moscow have been advised to stay indoors.

The smog in Moscow is a serious health threat as it contains toxic carbon monoxide. At times, the carbon monoxide levels in Moscow have been seven times greater than the acceptable level. Breathing smog can be similar to smoking heavily and can lead to serious health issues such as lung cancer or asthma. Residents of Moscow have been wearing surgical masks to try to protect their lungs, but the flimsy masks are ineffective.

The Foreign Office has advised people with pre existing medical conditions, pregnant women and elderly travellers to be wary of travelling to Russia, particularly in the worst affected areas of Nizhny Novgorod, Mordovia, Tatarstan, Moscow, Voronezh, Ryazan, Vladimir and Ivanovo. Certain pre existing medical conditions may worsen in smog affected areas. Before travelling to Russia, vulnerable people are advised to visit their doctor for advice.

Thousands of homes have been destroyed by the wildfires and around 50 people have died, but reports by Russian statisticians have claimed that around 5,000 have died as an indirect result of the extreme heat and air pollution. Over 100 flights have already been cancelled due to poor visibility at Moscow’s airports, affecting people travelling to and from Russia. So far, the Foreign Office hasn’t issued any official travel warnings, but people that are considering travelling to Russia should check their website regularly for updates.