British Nationals must remind themselves of Dubai Laws before Travel 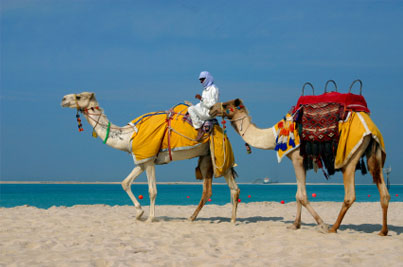 A British woman imprisoned for kissing a man in public was released from a Dubai prison on Friday. Dubai laws rule against kissing in public as it’s viewed as an act of indecency.

Ms Adams described her month in prison: "the stench hits you when you walk in. There was just a room filled with stained mattresses so close they had been pushed up the walls."

Ms Adams insisted that the kiss was merely a peck on the cheek, but a local woman complained to the authorities about her indecent behaviour, which led to her prosecution.

Ms Adams isn’t the first Brit to face prosecution for indecent behaviour. In 2008 a British couple on holiday in Dubai were sentenced for drunkenness, public displays of affection and having sex on a beach.

British nationals are advised to check local laws and customs before travelling to Dubai to avoid prosecution. The FCO has compiled a list of rules and regulations that might catch people out while they are on holiday in Dubai.

If you’re planning a holiday in Dubai, familiarise yourself with these laws, as a simple kiss could land you in prison.

Dubai laws may seem strict, but the United Arab Emirates is a Muslim country, where the culture is very conservative. Preparation is the key to having a successful, stress-free holiday. If you are aware of how to dress, behave in public and what you can and can’t take with you, then you’ll have a great time in Dubai.

If you are planning a holiday in Dubai, remember to buy comprehensive travel insurance. Travel insurance will cover you if you lose your luggage or if you need to receive medical treatment.