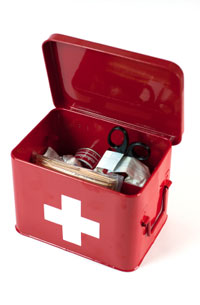 The National Institute for Health and Clinical Excellence (NICE) have decided not to make the drug Avastin available to patients with advanced bowel cancer as the treatment is too costly. Around 6,500 people a year could benefit from the drug, but it would cost a staggering £21,000 per patient to make it available on the NHS.

When Avastin is administered to patients with advanced bowel cancer, it can prolong their life by around six weeks. NICE have argued that the costs of the drug are not justified.

Avastin is used in conjunction with chemotherapy and it works by stopping the blood flow to the bowel cancer tumour, shrinking its growth. The drug is already widely available in the USA and many countries in Europe.

Survival rates are high if bowel cancer is caught early, but it is still the second most common cause of deaths amongst cancer patients. Bowel cancer affects around 40,000 annually in the UK.

Leading bowel cancer charity, Bowel Cancer UK, has slammed the National Institute for Health and Clinical Excellence’s decision to refuse NHS funding of Avastin. Bowel Cancer UK encourages people to keep an eye out for the signs of bowel cancer, as early diagnosis can lead to a full recovery.

Though bowel cancer patients won’t have access to Avastin through the NHS, they might be able to take advantage of the £50 million cancer drug fund. But as the drug would cost £21,000 per patient, the cancer drug fund would soon run dry if it was used to buy Avastin.