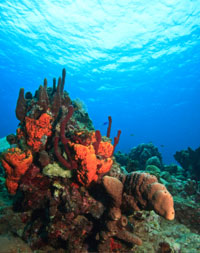 After the World Heritage Committee met in Brasilia on 25 July, it was decided that 21 new sites would be added to the UNESCO World Heritage List. There are now 911 sites on the list. Many of the World Heritage sites are located in Europe and there are 28 in the UK, including Stonehenge, the Tower of London and Canterbury Cathedral.

Criteria for the UNESCO World Heritage List include masterpieces of human creative genius, outstanding examples of a certain type of building or examples of major stages of earth’s history. In fact there are ten categories that define a World Heritage site and all of the places on the list fall into one or more of them.

The new sites on the list include the likes of the Everglades National Park in the USA, the Central Highlands of Sri Lanka and the Ngorongoro Conservation Area in Tanzania. Some of the most well known sites that were already on the list include the Great Barrier Reef in Australia, the Grand Canyon National Park in the USA, the Great Wall of China, Machu Picchu in Peru and the Taj Mahal in India.

The Great Barrier Reef is the largest collection of coral reefs in the world, and it became a World Heritage site in 1981. In April this year, the reef was severely damaged by the hull of a bulk carrier, which has since led to stricter surveillance of ships in the area.

The Grand Canyon is the greatest gorge in the world, and it continues to grow. Every year around 5 million people visit this spectacular natural phenomenon. In 2007, the Grand Canyon Skywalk opened. The glass bottomed walkway offers views of the Colorado River 4,000 feet below.

The Great Wall of China is the largest manmade military structure on the list, while Machu Picchu is one of the loftiest and most beautiful urban creations. Meanwhile, the Taj Mahal is one of the most universally admired architectural wonders of the world. Around 3 million foreign tourists visit the Taj Mahal every year.

UNESCO World Heritage sites can be manmade structures or areas of outstanding natural beauty. UNESCO ‘seeks to encourage the identification, protection and preservation of cultural and natural heritage around the world considered to be of outstanding value to humanity.’ Everyone, both locals and visitors, are encouraged to help to protect UNESCO sites around the world, preserving them for future generations to enjoy.