Travel Advice > Travel Tips > Drinking Water Abroad: When is it Safe to Drink?

Drinking Water Abroad: When is it Safe? 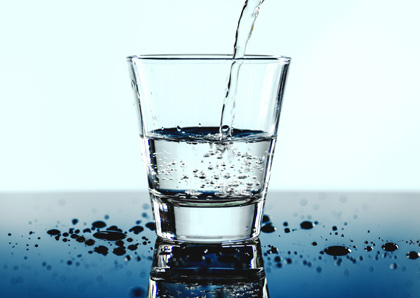 When travelling, it is common to find practices that differ across countries and continents. The quality of drinking water is no exception, with regulations under different levels of scrutiny in different nations.

Whilst the UK and European Union (EU) member states adhere to strict water quality policies, this is not always the case abroad; sanitation levels, the economy, and some of the pathogens that may thrive in another country’s ecosystem can all make the water unsafe to drink without prior treatment.

Where Can I Drink Tap Water?

As previously stated, it is relatively safe to assume all tap water within EU member state countries is safe to drink. This is typically the case for urban environments, with efficient sanitation services; however the World Health Organisation (WHO) advises travellers to be cautions when in some rural parts of Europe, as safe drinking water can be unavailable in some of these regions.

The WHO has, in recent years, been backing large scale projects in Serbia and Tajikistan to provide communities with safe water. There has also been a large amount of work done by the European Union to regulate and expand safe water networks across the continent.

In the United States, and Canada, water regulations also seek to ensure that water is safe to drink for everyone. Whilst some surveys would argue the quality of the water varies, especially in rural areas, it is still widely regarded as safe.
Australia and New Zealand can too be relied on for safe drinking water. Australia’s Public Health Act 2010 ensures that water in states such as New South Wales is safe for consumption.

Tap water is unsafe in much of Asia, but there are a few exceptions. Of these, Japan is most notable – the country’s water infrastructure is reliable, and tap water in the nation is reliably safe to drink.

Where Should I Not Drink Tap Water?

Whilst Japan provides safe tap water, its neighbour, China, does not. Unsafe tap water is not only a health hazard as a drink, but should be used cautiously when it might inadvertently be swallowed, such as when brushing teeth or showering.

China, like the vast majority of Asia, is unable to provide clean tap water due to aging pipe systems and the presence of contaminants. When drinking water in China, or using it to brush your teeth, stick to bottled or boiled waters, which many hotels will provide free of charge.

Countries situated in both Africa and South America do not generally have reliably safe tap water outlets, and only bottled or treated water should be consumed on these continents. Even in popular tourist countries such as Brazil, much of Argentina, and Kenya, safe-to-drink tap water is hard to come by, and once again travellers are advised to use treated water to brush teeth, and to not swallow any water when showering or bathing.

Despite clean tap water being available across a large proportion of North America, this is not necessarily the case in Mexico. Whilst most water is purified at its source, it is prone to contamination during its trip to tap outlets, making it unsafe. Most residents in Mexico order bottled water in bulk – a practice advisable for tourists.

Similarly, although most of Europe is tap-water friendly, two prominent and popular exceptions are Russia and Ukraine. Drinking tap water is not advised anywhere in Ukraine, including the large cities. Whilst tap water in large Russian cities is mostly pure, and much of the nation’s water meets its drinking standards, it is not advisable to drink tap water in the country. Tap water in different regions often feature different chemicals, sometimes in excess, that may have long-term health effects.

Undoubtedly there are countries that will not have been mentioned here – if you are planning on travelling somewhere, make sure you research relevant health advice on the country and its water before you go.

There are a few ways you can treat water that may be unsafe, so it is drinkable. However, a general rule of thumb is if you are unsure whether the water is safe or not, do not drink it without treating, and use bottled water instead if possible.

The NHS recommends the boiling of water, or the use of chemical disinfectant agents such as iodine and chlorine, as methods of purifying water. However, these are not 100% effective, and in some cases a chemical disinfectant should be used alongside an additional filtration system. Read more information from the NHS on drinking water abroad.

The most safe and most reliable way to get access to clean water in a country without safe drinking water, is to stock up on bottled, purified water. In many locations this is available in both still and sparkling variants, and should also be used to brush teeth. It is good practice to check the seals of these bottles before consuming their contents.
In countries where tap water is deemed unsafe, tourists are also advised to avoid ice. Tap water frozen into ice cubes can still contain pathogens and harmful chemicals, so should still be deemed as unsafe.

The dangers of unsafe water

It is important to ensure the water you drink when travelling is safe, to remain healthy and adequately hydrated.
Contaminated water can harbour a number of harmful pathogens and chemicals, which can result in a variety of negative health effects. The causative agents of Cholera, Typhoid, and Dysentery can all be found in contaminated and unsanitary water, and water related diseases such as these account for over 3 million deaths a year.

When in a new country, remain vigilant with water sources, and stay safe. Do your research before travelling, and if you are unsure of the quality of a country’s tap water, drink bottled, purified water instead. Alongside being sensible when abroad, it is a vital to get travel insurance, so if you do fall ill on holiday you won't be facing large medical bills.