HIV Sufferers are no longer restricted from travelling to China 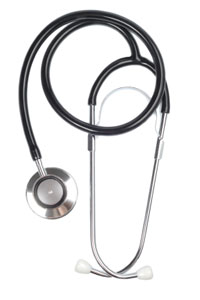 The Chinese authorities have lifted restrictions on foreigners suffering from HIV, AIDS and leprosy from travelling to China. Now people who have these conditions can enter the country.

Previously, all foreigners suffering from a psychiatric illness, leprosy, HIV/AIDS, sexually-transmitted diseases, active pulmonary tuberculosis or other infectious diseases were not permitted to enter the country.

The World Health Organisation (WHO) has embraced the change, claiming it is a "step in the right direction" to banishing discrimination against people with HIV.

The change has been put into effect prior to Expo 2010, due to be held in Shanghai from May 1 to October 31. It’s thought that 100 million visitors will attend the event, which will have the theme "Better City - Better Life". It will also be the largest World Fair in history, showcasing architecturally stunning pavilions from around the world. The lifting of the ban will offer HIV, AIDS and leprosy sufferers the chance to attend the event.

There are bans still in place around the world preventing travellers with HIV from entering certain countries. Many of these laws were made years ago when fear and a lack of knowledge surrounded the disease.

Prevention and treatment of HIV has developed in leaps and bounds over the years and awareness is greater than ever. WHO hopes that China’s lift of their ban on travellers with HIV will encourage other countries to follow suit.

If you are planning a trip to China, or anywhere else in the world, and you suffer from HIV, make sure you buy travel insurance. Goodtogoinsurance.com offers travel insurance policies for HIV sufferers, and indeed any other pre existing medical condition.

China is a world apart from the UK. Before you book your trip, visit the FCO’s website, which offers up to date travel advice about every country in the world.